Mutawintji is approximately 75000 hectares of rangelands, and hill and gorge country. Located in the Byngnano Ranges, it is comprised of three parcels of land: Matawintji Nature Reserve, Mutawintji National Park and Mutawintji Historic Site. Beautiful gorges, rock art, engravings, rockpools and dry creek beds lined with river red gums can be witnessed around the park. Mutawintji National Park has been a significant meeting place for local cultures for thousands of years. Communities have performed initiations, rainmaking and other ceremonies here in gatherings of up to 1000 people. Mutawintji is in the country of the Pantyikali people. These people spoke Wanyiwalku, a dialect of the Paakantyi language.

Most notably, the importance of Mutawintji lies within September of 1998, when it became the first land to be handed back to the traditional owners. The Lease of Mutawintji National Park was the first lease agreement under the National Parks and Wildlife Amendment (Aboriginal Ownership) Act 1996. Under the agreement the land remains a conservation estate of New South Wales but is managed by a board that is largely comprised of Aboriginal owners. 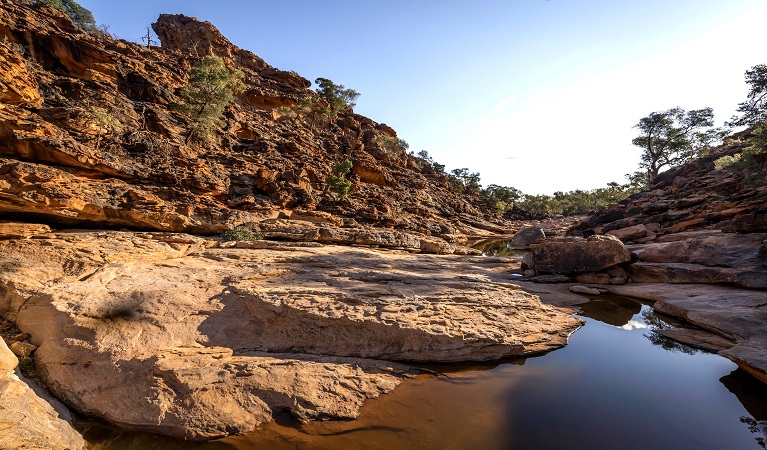 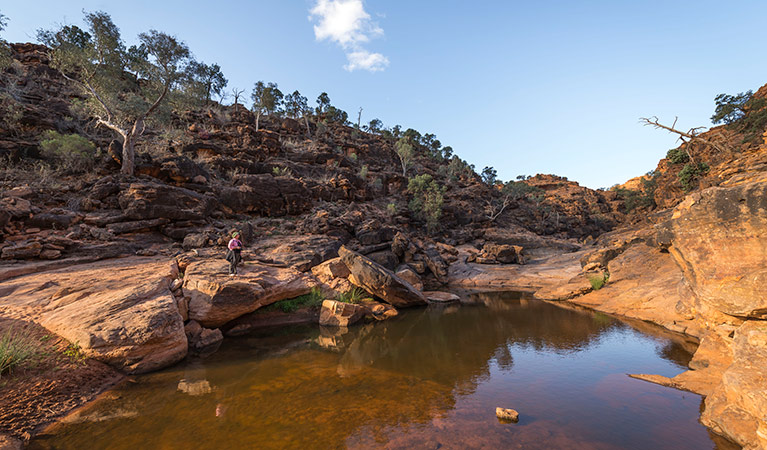