This rock is a part of Ngunnhu, the 40, 000 year old man-made fish-traps which reside in Brewarrina (Ngemba Country) and is the oldest known of it's kind.

The Ngemba Dreaming tells us of Baiame; a sky god and a deity of life and death, god of the shamans and of rain, who with his two sons, Booma-ooma-nowi and Ghindi-inda-mui, built these fish-traps for their people who were in the devastation of drought. During this time Brewarrina's Water Hole (Gurrungga) dried up, which in-turn brought with it the threat of inevitable starvation. Seeing his people suffering, Baiame designed and bestowed upon the Ngemba people an ancient fishing device which would feed everyone from all over their region for generations.

It is said Baiame heaved many rocks from afar and dropped them into the dry river bed to create the intricate dry-stone weirs, ponds and water ways which could trap the fish migrating both upstream and downstream the river during both low and high water flows, as the functional design allowed for pen walls to be higher than others and pond gates to be set at different locations.

After the traps were built, Baiame taught the male Elders how to call the rain to them using song and dance. After the Corroboree, the sky filled with clouds and the rain fell and broke the drought. The summoned rainfall lasted for days which brought with it thousands upon thousands of fish which the Ngemba men captured in their fish-traps for the first time under the divine direction of Baiame and his sons.

Baiame appointed the Ngemba people as custodians of Ngunnhu under Aboriginal Law and bid them responsible of its use and maintenance, but he was a benevolent god who encouraged fellowship and fairness. He gave the other other tribes in the area such asMorowari, Paarkinji, Weilwan, Barabinja, Ualarai and Kamilaroi permission to use the traps in an organized way, encouraging barter and trade and also an opportunity for all the tribes in the area to come together in Brotherhood, Corroboree and Initiation.

It is said this footprint has been left on the rocks of the traps since the beginning of its creation by its creator; Baiame. It can still be seen today, 40,000 years later. 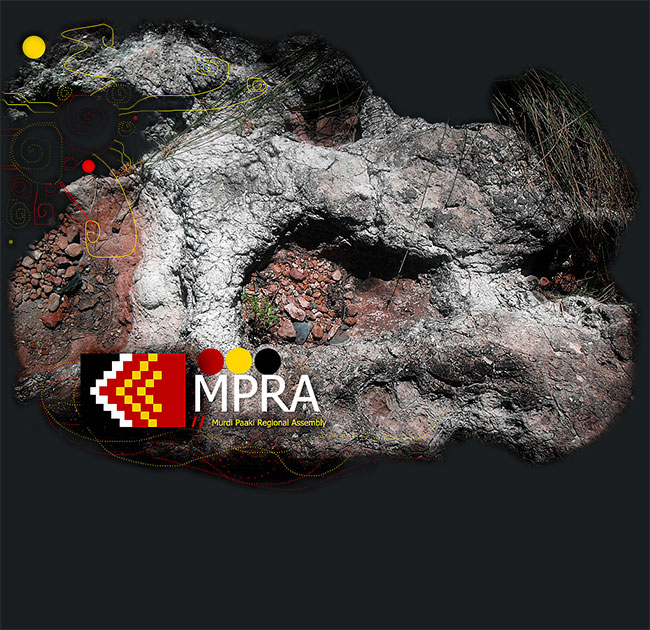