Lake Mungo is a dry lake that can be found in Mungo National Park, 110 kilometres north-east of Mildura and 150 kilometres north-west of Balranald. Lake Mungo holds a significant place in Australian history, being one of the most important early Aboriginal sites. Occupied by Aboriginal People for the past 50000 years, the paradise that was Lake Mungo became arid and the lake dried up due to soil erosion over the last 16000 years, only being made worse since the 1800’s by vegetation depletion from sheep grazing and rabbit plagues. This has left a 25 kilometre lunette, that stretched along the edge of the lake, and today is known as the “Walls of China” following the arrival of Chinese Shepherds in the 1860’s.

In 1968 and again in 1974 the remains of a 40000-year-old Indigenous male and female were found by Geologist Jim Bowler, and have since been known as “Mungo Man” and “Mungo Lady”. Mungo Lady and Mungo Man are perhaps the most important human remains ever found in Australia. Their discovery re-wrote the ancient story of this land and its people and sent shock-waves around the world. Mungo Lady is the oldest known cremation in the world, representing the early emergence of humanity's spiritual beliefs. The Paakantji, Ngiyampaa and Mutthi Mutthi people, who live around the Wilandra Lakes area, are proud and believe the remains prove the survival of Aboriginal history and show the strength of survival from the land and people. They believe that the returning of Mungo Lady and Mungo Man offer lessons to all people. The return of Mungo Lady and Mungo Man put Lake Mungo on the world map. They led to the establishment of Mungo National Park and the recognition of the Willandra Lakes Region World Heritage Area as a place that is important to all humanity. 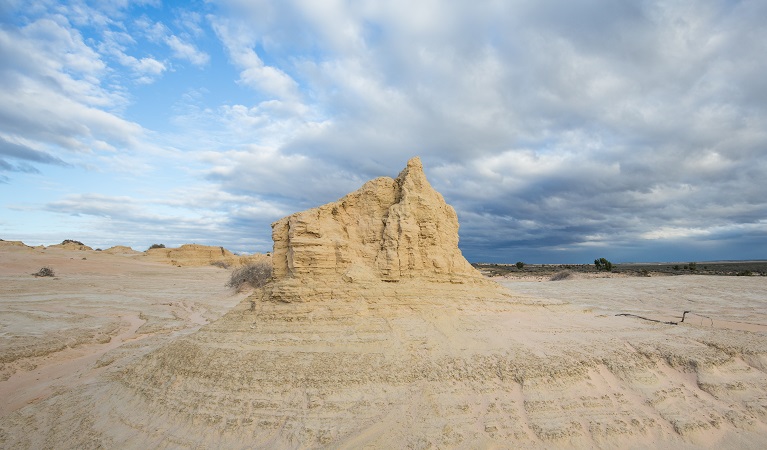